The International Pastors and Partners Conference (IPPC) got to a different level Thursday as Pastor Chris took participants on a journey of prophetic utterances giving brethren a peek into the financial glory that will soon be their lots.

Pastor Chris started by informing them that the Ministry is being molded by the spirit in the direction of financial productivity beyond what they imagined, adding that “ We are going so rich; you’d have so much money, you would be embarrassed”.

Drawing reference from the book of Ephesians 4:24 (NIV), Pastor noted that “When Adam was created in the image of God, he wasn’t created righteous but innocent. But the new creation was recreated to be like God in true righteousness and holiness.”

Pastor Chris noted that God wants Christians to wear their real self: “you’re born again self. This new being should come to the fore. Talk, think, forgive. Love like him. As he is so are we in this world. I was created to be like God, “adding that “There are things that I cannot be or do because I was created to be like God.”
This he said is so easy, It begins with the mind, who you think you are, what you think you are made of.

“I don’t only represent him; I’m created like him, in true righteousness and holiness. I am Holy! Your mind should be so purified for falsity, darkness, malice, hatred and varice. The Lord purified you, made you excellent in Christ.”

Pastor Chris warned the congregation that it is imperative that they understand the fact that principalities and powers were made subject unto God, so that they can be subject unto us. He added that they should make the decision to live above the world, warning that as long as they are trying to pursue money the way they do, they are in a trap.
“The world wants us to be fooled. But we are far better,” he said.

Warning that they should not allow their minds dwell on worrying about survival because “ If we let our minds think and see that we are from a real kingdom. Just as you can talk to things and they obey, we can talk to money also to come and it will come, and obey us.”
Being a child of God , if you observe what happened to the Jews, you’d notice that what we have in Christ, is far better than what they had.

Have you ever thought about, what it means to be blessed? What does it mean?
If an angel of the Lord appeared and said “everything that concerns you, from this day, is blessed “ what would it mean to you? What does the term “blessed” mean? He asked.

“Understanding the kingdom makes your life limitless. Don’t be locked into the confusion of the world’s economic system. It is empty. The value of the dollar is in propaganda. They’re thriving on the faith people have on information. Their currencies are empty.”

“Real money has a real exchange. It’s backed by something else, so it’s not supposed to fail. And if it does fail, it’s because what is backing it is stronger than the money. The United States money is valueless.”

“In your countries you will see cars that aren’t made in your country. That’s a lot of money shipped abroad, and when it looks like you’re making headway; your country’s currency takes a hit. It’s devalued, just so that it cannot compete with those abroad. The idea is to keep the poorer and the rich richer.”

Pastor Chris admonished the delegates that “when you release yourself for the blessing, you will see everything the blessing represents coming to you.”

I WILL NOT LIVE A LIFE OF NOT ENOUGH!!!

1 thought on “We Are Going to be so Rich, Wealthy Beyond Imagination” 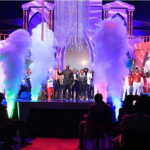 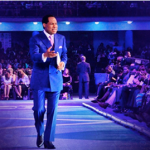 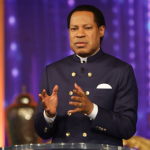